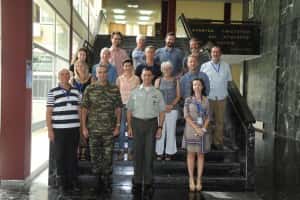 Welcome and introduction to this year’s seminar theme:

‘Crisis and the media: mediated representations of crisis in different contexts’  Marianna Patrona

“I put myself in the place of the audience”: an ethnographic case study of audience design in a debate about a crisis.  Marcel Burger

Contestations of crisis, solidarity and human rights in media debate about the refugee issue  Marianna Patrona

The threat of the other: The discursive management of ‘toxic guests’ in political debates  Jan Chovanec

Journalistic Questioning and Sociopolitical Change: The Case of Marriage Equality in the U.S. Steven Clayman

The management of political talk in a “character” interview  Michael Higgins

“I love Tim Howard’s beard”: Humour and expertise in football talk on the web  Göran Eriksson