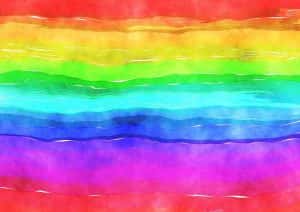 Happy Pride month everyone! Over the past year, the library has purchased some great new titles that describe, represent, and seek to understand the interplay between sexuality and the media.

Because our print collections are off limits at the moment, I’m highlighting ebooks purchased in the last year at the top but there are some new print books at the end of the post, which should be useful in future.

Sometimes the language we use in the library to describe our collections lags behind up-to-date knowledge and understanding of sexuality and gender. This means that some of the language used in the catalogue and even where books are located on the shelves might be hurtful and wrong. Sometimes, inertia means that we keep out of date, misleading and wrong materials, not purposefully, but just because we don’t review every section as often as we should. If you see something that’s not right, please bring it to my attention so we can make it right.

If there are any other books or resources that the library should buy to help your LGBT+ learning and research, please let me know.

Leanne’s done a great blog posting highlighting some other LGBT+ ebooks purchased this year for the University of Sunderland; check it out here for 2020 and here for 2019.