New books for Journalism of all kinds

The university invested massively in new books last year, and in order to make sure we got the things you really need, we asked for your suggestions of what subject areas to focus the money on. One of the areas that Media students are particularly interested in is in Journalism. Whether you’re interested in Magazines, Fashion Journalism, Broadcast Journalism, or the public relations and social media aspects, we have been buying whatever is out there. A selection of our newest books (with links to the catalogue) can be found here: 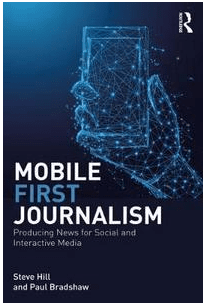 If you’re interested in other recommended titles for Journalism, have a look at these module reading lists as well.

And, as always, your librarians keep a list of everything which has been added to the library collection for the past three months across the Faculty of Arts & Creative Industries.