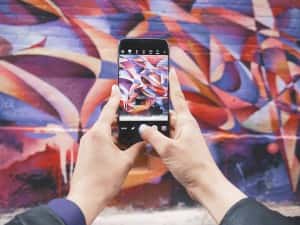 A highly personal film shot by artist Charlotte Prodger on her iPhone, which recalls her experiences of coming out as gay in rural Scotland, has won her the prestigious £25,000 Turner Prize.

The Glasgow-based artist, known for exploring queer identity, won the annual art award for two of her videos.

One of those, titled Bridgit, was filmed entirely on her phone and features her reading from her diaries.