Which news websites to use for your research

News outlets of all kind can be incredibly useful for academic research. Though these ‘non scholarly’ sources might not have the type of theory and in-depth research found in peer-reviewed articles, news media can give you an insight into public dialogue about an issue as well as data about when certain things happened.

Market researchers might find company information and market context, sociologists might find evidence of culture, and media researchers and historians can find out how different locations and organisations report on the same event. It can be incredibly interesting to see how an issue or event was discussed at the time it happened: was it front page news? What kinds of words or phrases were used? What kinds of advertisements ran next to it?

If you are thinking of researching your topic in the news, here are a few places to start:

Global Newsstream from Proquest contains online full-text access to over 600 UK regional, national and broadsheet newspapers as well as international press such as The Financial Times, The Wall Street Journal, The New York Times, The Washington Post, The Bangkok Post, South China Morning Post, Asian Wall Street Journal, and the Jerusalem Post.  Coverage goes back as far as January 1982 to the present day for some titles, although this varies by publication.

Selected list of newspapers This list has a selection of UK and local news websites as well as a few ideas of where to look for non-UK sources. A great one on the list is the European Journalism Centre’s EUFeeds, which provides the top European headlines, and is updated every 20 mintues. 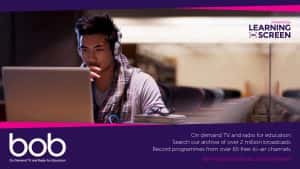 Box of Broadcasts is great for watching shows and films but also great for understanding how television and radio reported the news throughout the UK. You can compare news coverage on a day in time, and even limit your search to certain channels like Sky News, BBC1, BBC Radio 5 or whichever channels or time slots you prefer. 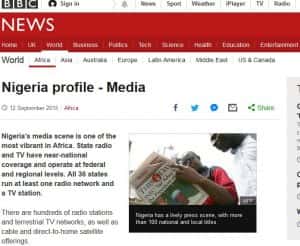 has put together a general overview of the media in many (not all) countries, listing the top 10 or so print, radio and tv sources along with other relevant agencies and newswires. An example is the Media Profile for Nigeria. The main page for these profiles is out of date, so I suggest typing the country’s name along with  ‘media profile BBC’ into your favourite search engine. These overviews can give you a bit of insight into a country’s cultural and political context, which has a massive impact on the way that news is produced and consumed, which can in turn enrich your understanding of what you encounter.

e digitised and made freely available a selection of 19th and 20th century newspapers, mostly from the United States but there are a few titles from other countries as well.

machine might not spring to mind when you need breaking news, but because it allows you to look at a website the way it appeared on the date it was saved, it can be a fascinating way to explore how the news looked on a certain day in time. If you’re researching a major event and want to see what it looked like in context, you might consider seeing how different news websites reported it on a certain day.

This database contains scans of British newspapers and magazines of all kinds. You can search by keyword or browse the entire issue from a day in history. If you wanted to see how an event in history was reported in Britain at the time (or not reported!), this is a good source for you.